Watch out – scammers are impersonating DHL and DPD on Black Friday 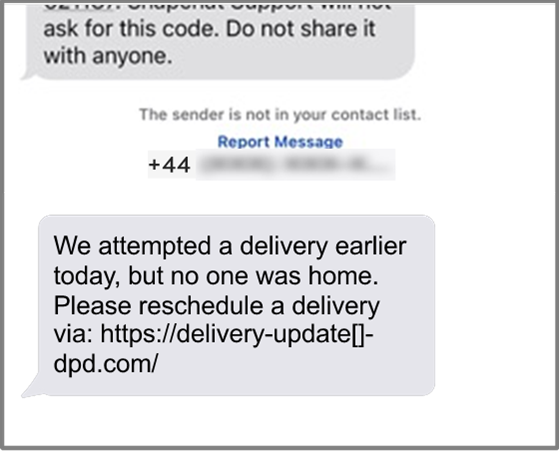 In the fourth quarter of 2020, Proofpoint found that fraudulent courier messages accounted for 16% of all SMS fraud messages, while in the same period in 2021 they accounted for 56%. Overall, SMS attacks in the UK increased by 105%. % in just one year, so this year’s Black Friday event may see more threats.

SMS messages usually include informing the victim that their “package” cannot be delivered, that delivery needs to be rescheduled, or that the package is being held and that a fee needs to be paid to release it.

The message includes a link that, when clicked, takes the victim to a phishing page – a fake copy of the real delivery company’s website – where cybercriminals can do damage such as install malware, or ask victims to enter card details which they then steal. .

These scams can be very effective, as people usually order a lot during Black Friday and the holiday season, and don’t necessarily know which delivery company to use. Delivery companies often send legitimate SMS messages to their customers as well, which can make it difficult to distinguish between the real thing and a scam.

However, the obvious sign is to look at the web link: as the image shows, they often contain strange characters or words and are not as straightforward as their legitimate counterparts, such as ‘[]There would be no reason to have such characters on a legitimate website.

Unsurprisingly, many scams have already begun in the run-up to Black Friday. Bitdefender found that the Current phishing scams in circulation now Those that offer discounts on designer goods, fake gift cards for popular stores, and fake surveys that promise the latest Android phones when complete include those.