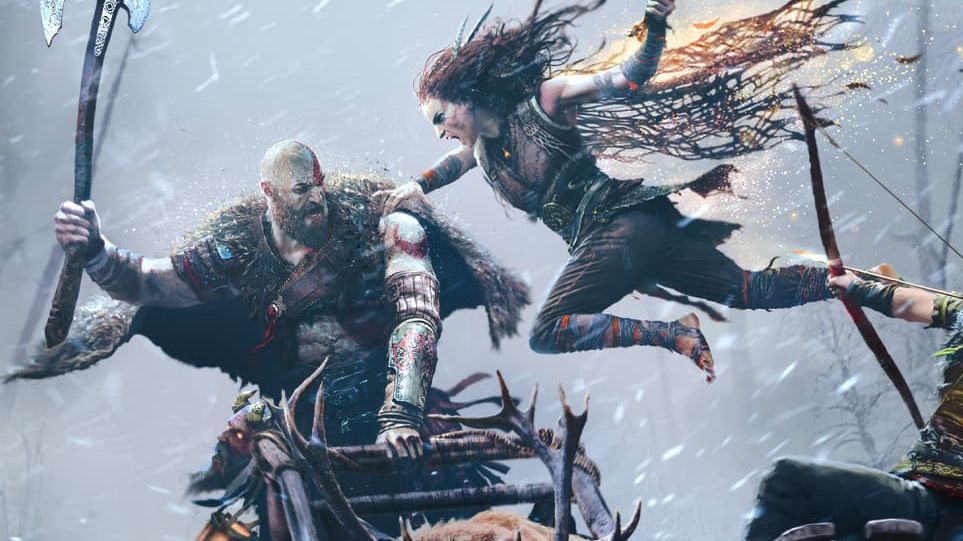 “Ragnarok defines the Norse mythical universe as having not only a beginning, but an end,” says Dr. Jackson Crawford, a scholar of Old Norse, explaining why the story appears in so many games. “All meaningful time for the living will come to an end, and the end will be horrific and violent.”

According to Viking storytellers, when the end of time comes, the stars will disappear from the sky, the earth will be swallowed up by floods, and the sky will burn. After the world withers from an always harsh winter, giants will invade the kingdom of Asgard while human civilization is plunged into chaos. Odin will be swallowed up by the wolf Fenrir, while Thor and the world serpent Jörmungander end each other’s lives in battle. His devastation is total, not only the height of creation but his final resting place.

Ragnarök has found its way into Assassin’s Creed, Viking RTS Northgard, Senua’s Sacrifice, and many other games. God of War: Ragnarök will be the last to take us through Twilight of the Gods when it comes out next month. Right now the ground is well laid out, and the story has been retold in hundreds of different ways. However, it is strange that game developers have to go back to it and put their brand into legend.

“It’s a well-formed legend,” says Dr Caroline Larrington, Fellow in Medieval English Teaching and Literature at the University of Oxford. Among the first indications of the catastrophe of Balder’s death, Loki’s punishment, the onset of the Great Winter, the chaos that broke out throughout the human world, and then the attack of the giants of frost and fire.

It speaks of our fears of annihilation, whether through environmental destruction, nuclear weapons, or cosmic catastrophes. The determinism is frustrating on the one hand, but on the other hand, the courage of men and gods in the face of torment is inspiring. It is important to allow hope for rebirth and a better kind of existence in the new world.”

Alex Harakis, lead writer on Assassin’s Creed Valhalla: Dawn of Ragnarök, agrees. He says the Ubisoft Sofia team was drawn to the legend because it is “a story of hope that rises from the ashes of defeat”. It has a universal appeal that transcends time and space, but is also a natural springboard for storytellers studying Norse tales. From our modern and fragmented knowledge of the Viking myth, two events have overshadowed everything else: the Norse creation myth and the end times. Between them, one is the most obvious candidate for adaptation.

“The creation myth is fascinating but totally surreal,” says Harakis. In addition, it is somewhat separate from everything else, although we make several references to it in Dawn of Ragnarök. For comparison, the end-time myth represents what works best for us – narratively, it is contained but it is epic, it is Connecting to the epics that come before, it’s the culmination of Odin’s character’s arc. An added bonus was that Assassin’s Creed Valhalla had already dealt with the topic without answering every last question.”

However, the framework of the myth leaves plenty of room for interpretation. “Like all Norse mythology, the legend of Ragnarok is not told in Old Norse sources in the kind of detail we would like as a modern audience,” Crawford says. Icelandic historian Snorri Sturluson provided the most expansive account in the Prose Edda – a thirteenth century pamphlet on Norse mythology – which itself is based on The Seeress’s Prophecy found in the older Poetic Edda. Its roots go back to the oral literary tradition of pre-Christian Iceland, lending it a useful mystery to modern storytellers.

Harakis and his team of story designers can tweak the minutiae of the legend to relate it to today’s Assassin’s Creed lore. Legendary events are reinterpreted as true global catastrophes, and the central battle between gods and giants is stripped of mysticism to fit the game’s broader sci-fi narrative.

“One of the ways we have reinterpreted the mythical parts of our story is by rearranging, or even cutting, parts of the timeline described in the myths,” Harakis says. “For example, the precise arrangement of the flyers leading up to Ragnarok, along with the way events began to unfold as soon as they happened. This allowed us to streamline our story and enhance its dramatic impact.”

Even our divided understanding of Ragnarok gives storytellers useful anchor points from which they can suspend a coherent plot. But it is the breadth and size of these portions that makes them so rich as a creative resource. Touching on the diverse range of factions and inhabitants of the Norse worlds, Ragnarok stands out not only as the most famous of Norse legends but arguably the most ambitious.

Northgard developer Shiro Games told TechRadar Gaming that the story’s plentiful narrative opportunities made it an obvious choice for preparing the strategy game’s first update. Fire giants, spectral warriors, and other creatures of myth were introduced as new unit types, a new biome was included to reflect the charred landscape of the world that was, and volcanic eruptions were added as deadly interpretations of fighting gods – the deep mythology of lore provide the perfect backdrop for a new game mode.

Video game developers are not alone in their fondness for myth. Just look at Marvel’s Thor: Ragnarök or the many historical fiction novels that encourage myth to understand its prevalence in contemporary stories of Norse mythology. Step back, and you’ll reach JRR Tolkien’s Poetic Edda in The Legend of Sigurd and Gudrún, and hop a few more decades to find Richard Wagner’s 19th-century Ragnarök-inspired musical drama by Richard Götterdämmerung.

“People taste the extremes,” Crawford says. “The idea of ​​a culture that anticipated, not the eternal rule of its gods, but the defeat of those gods in a terrible battle with monsters is a cinematic idea. It could be said that it has a meaningful message to understand the pessimistic tone that runs through much of Norse literature in another way.”

Ragnarok’s disastrous scope, along with the hopeful thread of rebirth that underpins it, seems painfully relevant in light of the past few years. “If you read the newspapers, you sometimes feel as if every day brings with it a new ‘Ragnarok’ threat, and yet we persevere,” Harakis says.

“It is especially important now that we are facing a climate emergency; the world as we know it will be truly destroyed in the lives of our grandchildren,” says Larrington.

“In Ragnarok, the world ends with ice and fire, while here will be fire and floods. Humans are terrified and don’t know what to do, while Einharjer (the Valhalla dead) cannot reign. This is where we are, running in the face of disaster, not knowing what to do.”

“The gods know that it is too late, and the powers they have built can only make a brave show. Perhaps for us, it is not too late, and Sirte – the leader of the fire giants – will not come to us with his blazing sword that splits the sky. But like Odin, I fear he will be late Ragnarok, but he will come.”