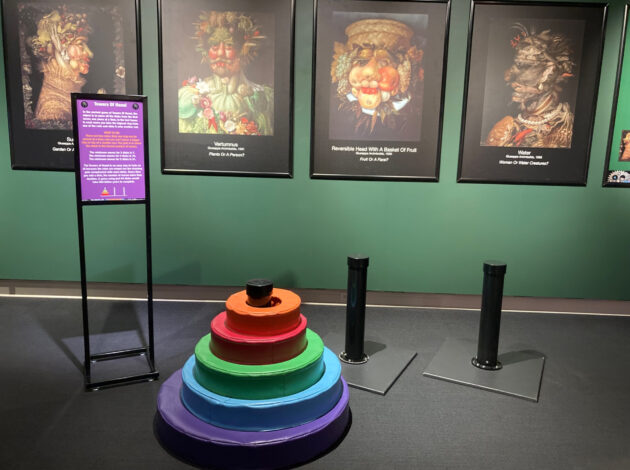 The Seattle Museum of History and Industry is opening a new exhibit on Saturday titled “Artificial Intelligence: Your Mind and the Machine. “

GeekWire got a sneak peek Wednesday at a press event and tour, led by the curator HP Newquista technical writer and author of the 1994 book on the history of artificial intelligence, The Makers of the Brain.

The exhibition begins with some deep history. It delves into legends such as Gollum the Jew, a character resurrected from dust, and describes the origins of the term “robot” taken from the word “robot” for forced labor or slavery in the Old Church Slavonic. The exhibition quickly moves into a more recent history, such as the debut of the table tennis video game Pong at Atari in 1972, which people can play in MOHAI.

Kids will especially enjoy some of the hands-on exhibits, such as the piano that improves your voice and the game Tower of Hanoi that requires you to assemble a tower of blocks in sequence. This reporter was glad that the facial analyzer determined him to be between 25 and 32 years old.

The exhibition also explores the optical illusions that only our minds can absorb, and the visual tasks that computers do best. It helps us understand the difference, like a touchpad that makes binary decisions about what dessert we eat, and shows how certain programs work.

Newquist’s definition of artificial intelligence is comprehensive. In a talk before the tour, he described AI as “an attempt by humans to create machines that think like humans.”

Newquist has seen the field explode since the “AI winter” of the 1990s, when many of the first companies collapsed. It covers the past decades in easy-to-access posters and concise text.

The exhibition touches on the ethical elements of artificial intelligence, for example a reference to science fiction writer Isaac Asimov’s “Three Laws of Robotics”, which includes the fatwa “a robot may not harm a human.”

A future exhibition may explore what we should fear and what we should welcome in a future that began with the dream of getting rid of our most arduous tasks and becoming free.

The early stages of this dream are explored in the exhibition, which was first shown before the pandemic at the Orlando Science Center. The exhibition will be held in Seattle through January 8, and will include accompanying lectures and workshops on artificial intelligence, bias, injustice, and art. The museum will also present a screening of “Blade Runner: The Final Cut.”