Has revealed that ECP (Election Commission of Pakistan) is going to be equipped with e-voting technology, soon.

This innovation is going to happen according to the prime minister’s vision. Khan’s vision is that the coming election should consist of an e-voting system. So that it will ensure the impartiality and transparency of the election perfectly.

Prime Minister, Imran Khan also ordered this, during a cabinet meeting. Last week, he said that all the concerned authorities should accelerate their efforts in introducing the e-voting system.

Prime Minister had announced last year already, in November 2020. He said there that the electoral will be fair and free elections in Pakistan. In those reforms, the e-voting system will be for a general election and for senate election: open balloting. Furthermore, also allowed to vote for the Pakistanis, who are living aboard. 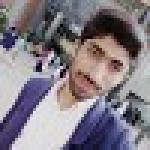 “Foree” Digital Payments and Remittance App has been launched